The two castles of Austin, Nevada 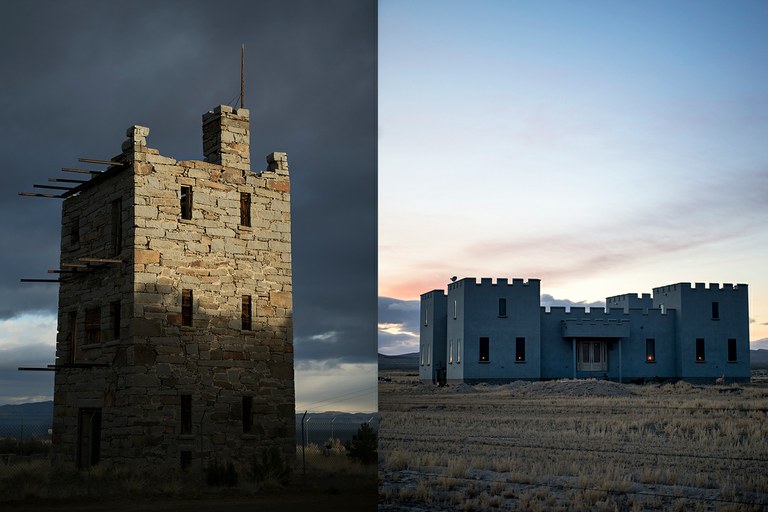 As the “Loneliest Road in America” bisects Nevada, it passes through the tiny town of Austin. Here in the state’s center, amid the arid basin-and-range landscape, an unexpected secret hides: Two castles that stand like sentries outside of town.

The first castle was constructed by Anson Phelps Stokes, a Gilded Age tycoon who made his fortune in banking, railroads and mining. Drawn by a silver-mining boom, Stokes financed a train line connecting Austin to the main railways. And in 1896, he began building Stokes Castle, a three-story, squared-off stone tower constructed of local granite. He intended it as a summer home for his family, but they spent little time there and never returned after the mine closed. Over the following decades, the tower fell into disrepair, until it was restored in the 20th century.

More than 100 years later, Bob Sossa, a man of lesser means but similar ambition, built his own fortress in the valley below the original, about 12 miles outside of town. Paradise Ranch Castle was meant as a gift for his wife, Donna, shortly after the two married. The squat, whitewashed structure boasts four turrets, false walls and hidden corridors and looks out over the plains that roll up to the foothills of the Reese River Valley.

Stay up to date on the West with our free newsletter

Thank you for signing up for our Newsletter.

The couple’s story started far from Nevada: They met at an Ohio produce auction in 2010. Sossa, however, nurtured a lifelong dream of living in the West, and he picked Austin for a new home. With some local help, he finished construction, but then, in 2014, he died. These days, his widow offers lodging in the castle for tired travelers. “When he died in the hospital,” she said, “I couldn’t wait to get home to the castle. Because I knew he would be here, in these walls he built for me.” —Nick Bowlin

Amanda Lucier is an independent photographer based in Portland, Oregon. She graduated with a master’s degree in photojournalism from the University of Missouri. Her clients include The New York Times, The Wall Street Journal, The Washington Post, The American Civil Liberties Union, Columbia University and ESPN.